VBS in the East Mountains

Today was MCC’s first day of VBS 2017……it was so much more than I expected! I thought I knew a lot about VBS; how it was organized, how it was run…..and mostly from behind the scenes.  After all, in the past seven years I’ve participated in VBS programs at five churches in three states! Seems like I would have a pretty good cross-section of how things work at VBS. But here at MCC, Vacation Bible School looks a lot more like a big family ministering to their children and their community than any other place we’ve been.

Before the children even show up, VBS starts with volunteers and their children. It’s more than just a planning meeting; it is a time of focused prayer, fellowship and modeled discipleship to ready our hearts and minds for the day ahead. Here, the children of volunteers get to see the inner-workings of how this ministry is organized and how this “family” works together to serve. 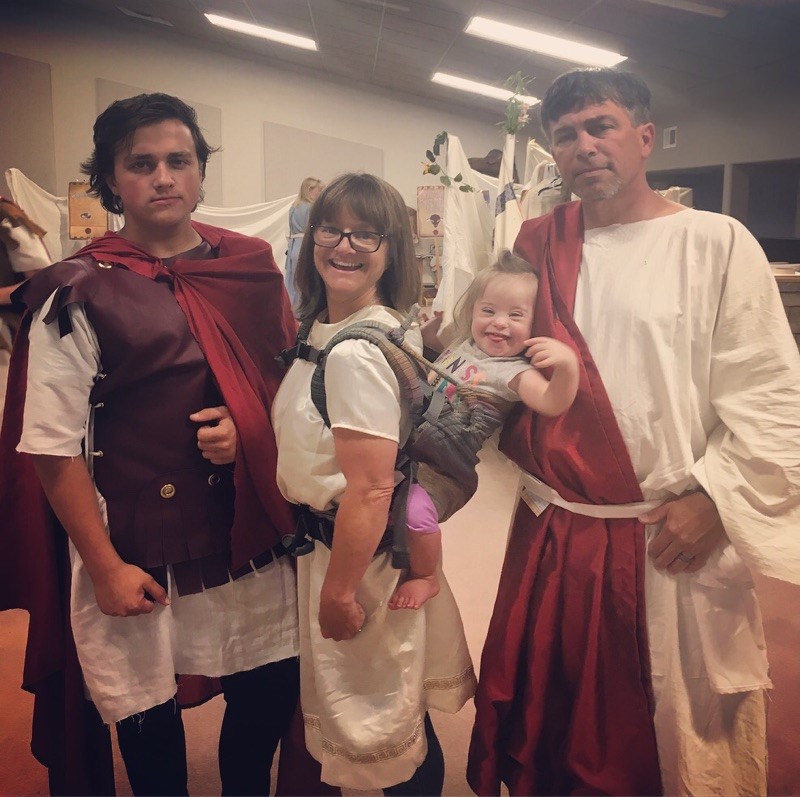 They get an insider’s view of ministry so that someday, when God calls them, they will be ready to serve! And I witnessed that today with a number of teams of young adults that had grown up in VBS, at MCC, and are now participating as volunteers and leaders. But it was not just the young people; we had volunteers of every age, from five to 75!

With nearly 100 volunteers, this pre-session was vital in setting the mood for the day and it impressed upon me the dedication to long term transformation and discipleship that is resident in the MCC family.

It may be cliché to say that “it takes a village to raise a child”….but today at MCC I saw the village (family) that is MCC, transported back to the Roman era and impact children in the modern age, with God’s everlasting Word.