Rescued for a Reason

Rescued for a Reason

Pastor Frank Malizzo is currently serving with Training Leaders International in Ethiopia. Join us as he shares about the people, lessons and experiences that God lays before him throughout his short-term mission trip.

Meet Gidaju! He is one of the leaders of the church here, and a key part of our training in Ethiopia this week. He is preparing with us to co-lead in our next theology course.

Early on, Gidaju was nearly taken from this world. But the Lord had other plans, and rescued him for a reason. 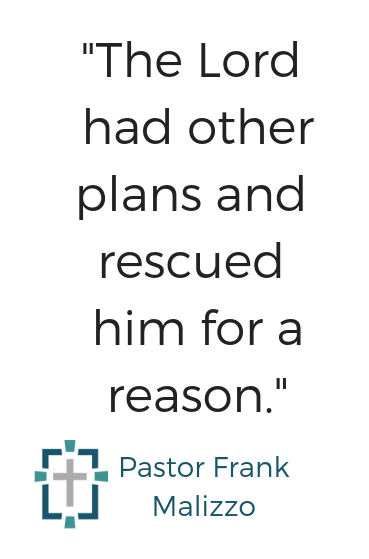 You see, Gidaju’s parents had seven children already. When they found out that they were pregnant with Gidaju, they decided that they could not handle any more. So, his mother was given a saline injection to get rid of him.

It did not work.

Then, they went to another doctor, where she was given a medicine to drink that was meant to induce an abortion.

But boils broke out all over her body.

Gidaju’s father then decided that God must not want them to get rid of this baby. So they carried Gidaju to term, and he was born healthy - miraculously! After that, they decided to allow God to lead, and they had two more children.

In time, Gidaju’s older brother would come to trust in Christ, and begin to follow Him. Then Gidaju did the same. Eventually, all of his siblings became followers of Jesus Christ. Last of all, his parents also came to believe.

Clearly, the Lord has a reason for rescuing Gidaju, and He is not done with him yet!

You might find it interesting, though, as you learn about the meaning of his name. It is rather ironic, given his humble demeanor.

With his surprising origin, Gidaju’s parents named him, “forceful one”.

Please pray for Gidaju, and all of the Ethiopian graduates who will be co-teaching with us next week. They are learning quickly, and we are also learning a great deal from them.