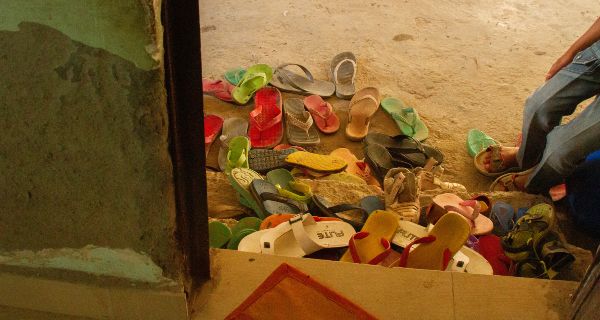 While in India I met S-. She is a friend who inspires me to live outside my own safe world.

Our Mountain Christian team arrived in Delhi early on a Wednesday morning with the purpose of seeing Genesis of Hope in action. Within hours, jet-lagged and sweaty, we entered a room of women and girls with whom I was expected to share a message. A solemn sari-clad woman - my future friend - would be translator. But my words were awkward and the audience restless. It was a humbling experience and I decided it was safer to watch the “experts” than to engage.

The opportunity for observation came in the next two days as our hosts brought us to several of the ten GOH children’s centers throughout Delhi. One neighborhood in particular caused each member of our team to see that we should not be content with passivity. 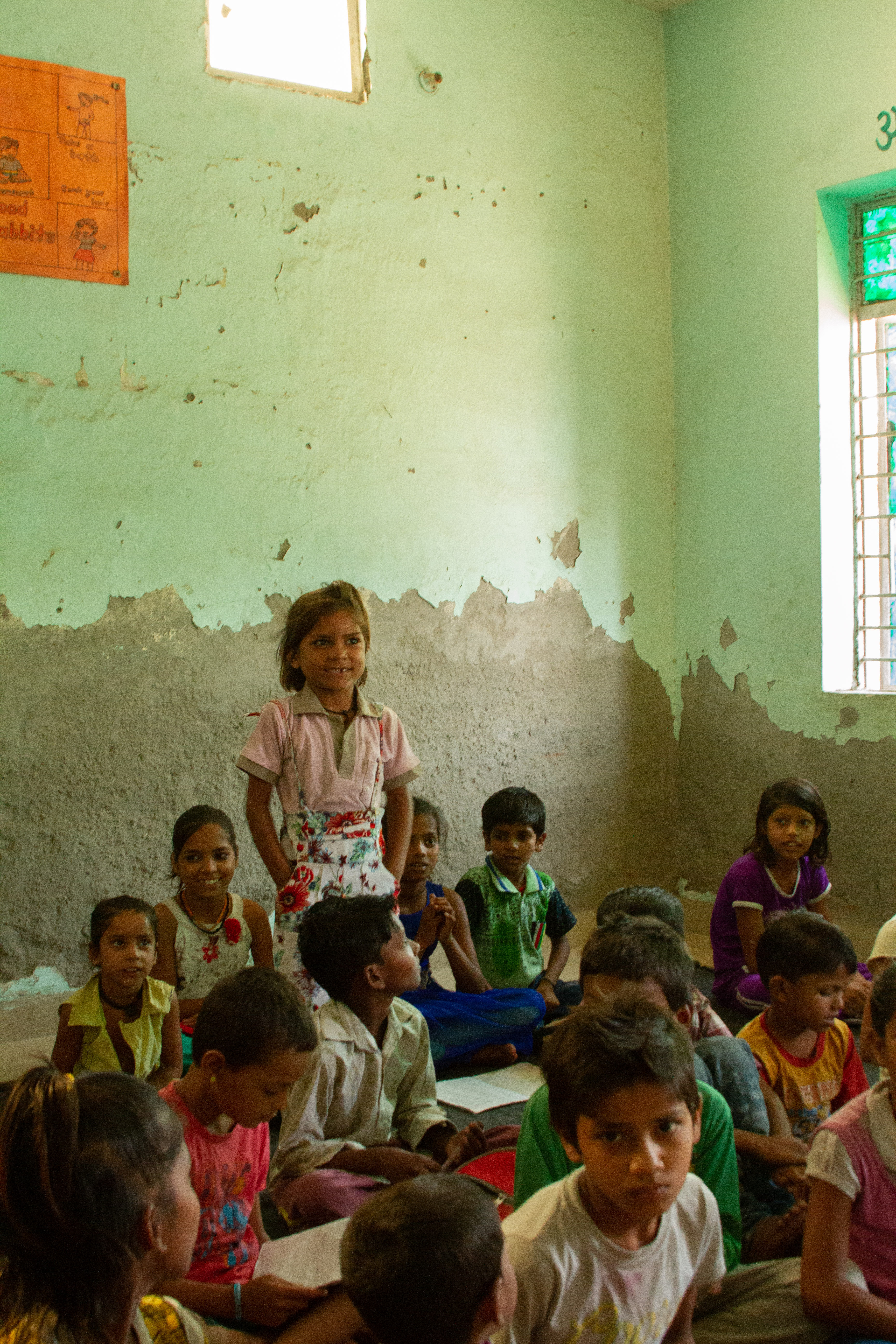 The police have labeled Shahabad Dairy one of three Delhi locations that are “unsafe for children” due to the overwhelming number of abductions reported each year. In the 6-block area live about 21,000 families. Children are left alone and vulnerable by parents who have no choice but to leave the slum in search of work. Even when work is found, the average monthly household income is around 7000 rupees (about $100 USD); not enough to provide even two meals per day for the typical family.

We walked through the narrow alleys of Shahabad Dairy, noticing the open sewage and the searching eyes of beggars. Then, to our relief, we stooped inside a doorway and saw S-’s familiar solemn face in a simple classroom packed with smiley children.

Forty children ages 3-12 leave their worn shoes at the door of this and other GOH children’s centers each morning and another set arrives in the afternoon. Teacher and students crowd into the tight space to learn, joyfully retell Bible stories, and practice a bit of English. In this setting, there is hope. 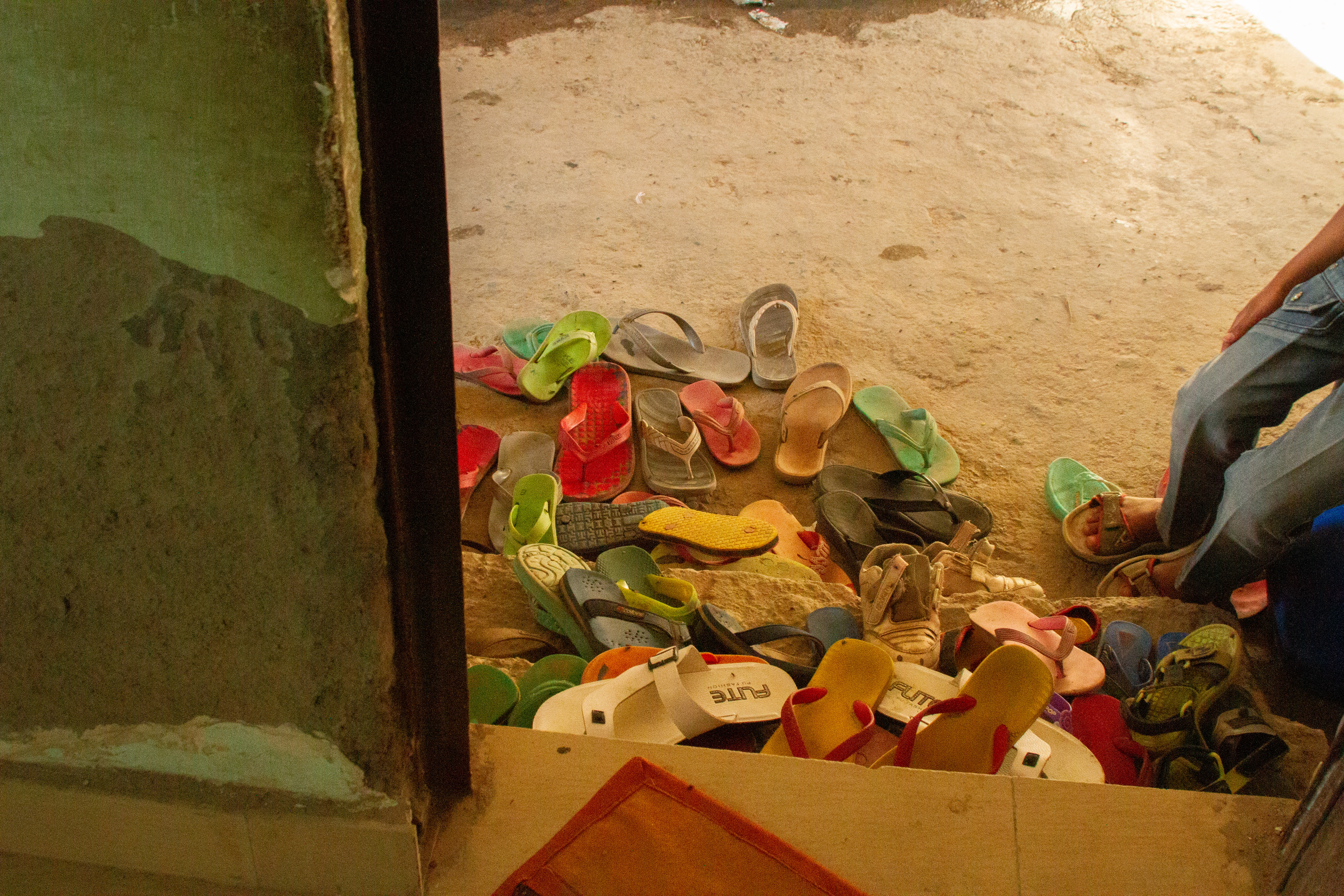 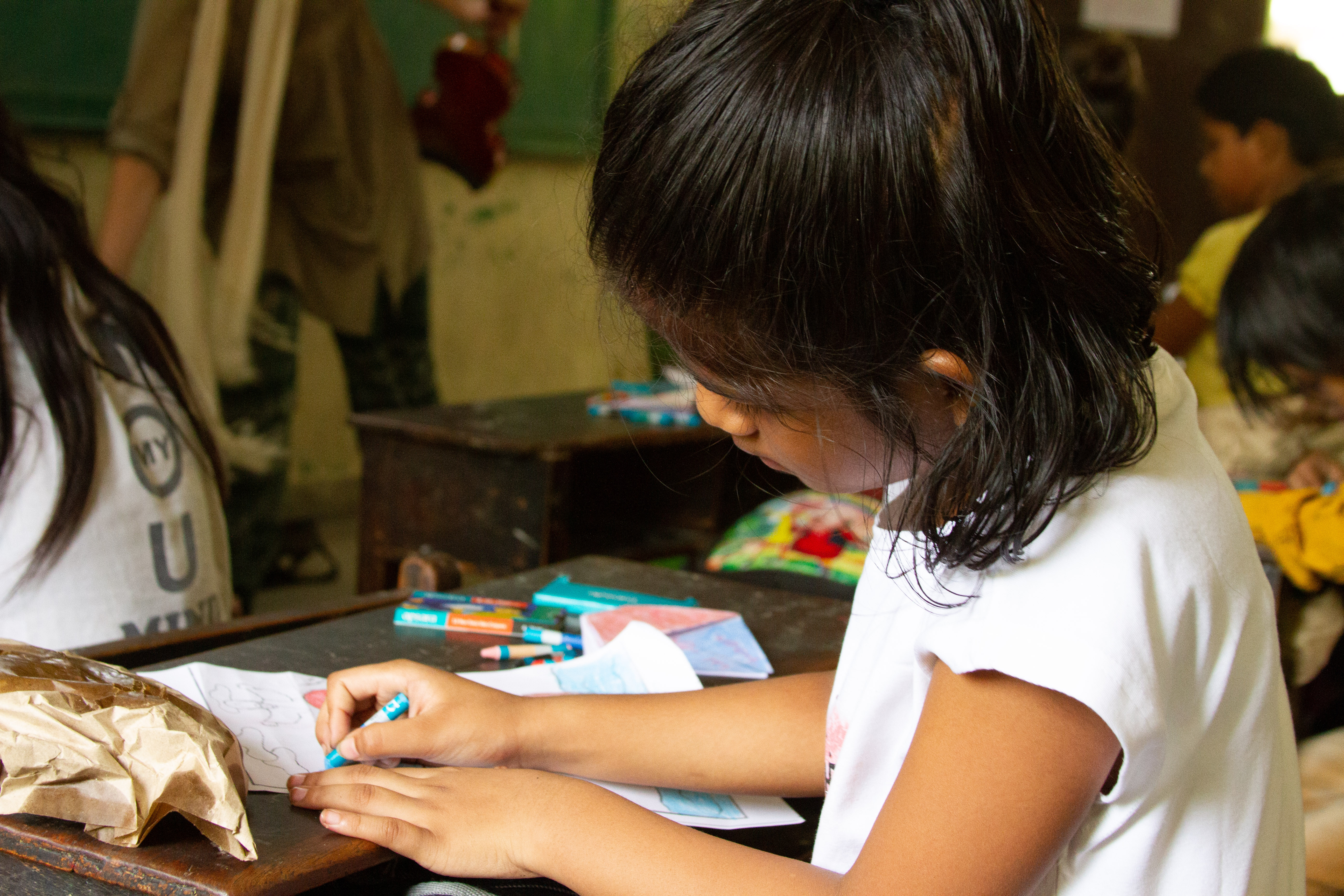 Simply meeting and observing S— was not enough to make us friends, though. It was teaching in a classroom together the following week during GOH’s yearly Vacation Bible School that tied our strings of fellowship. 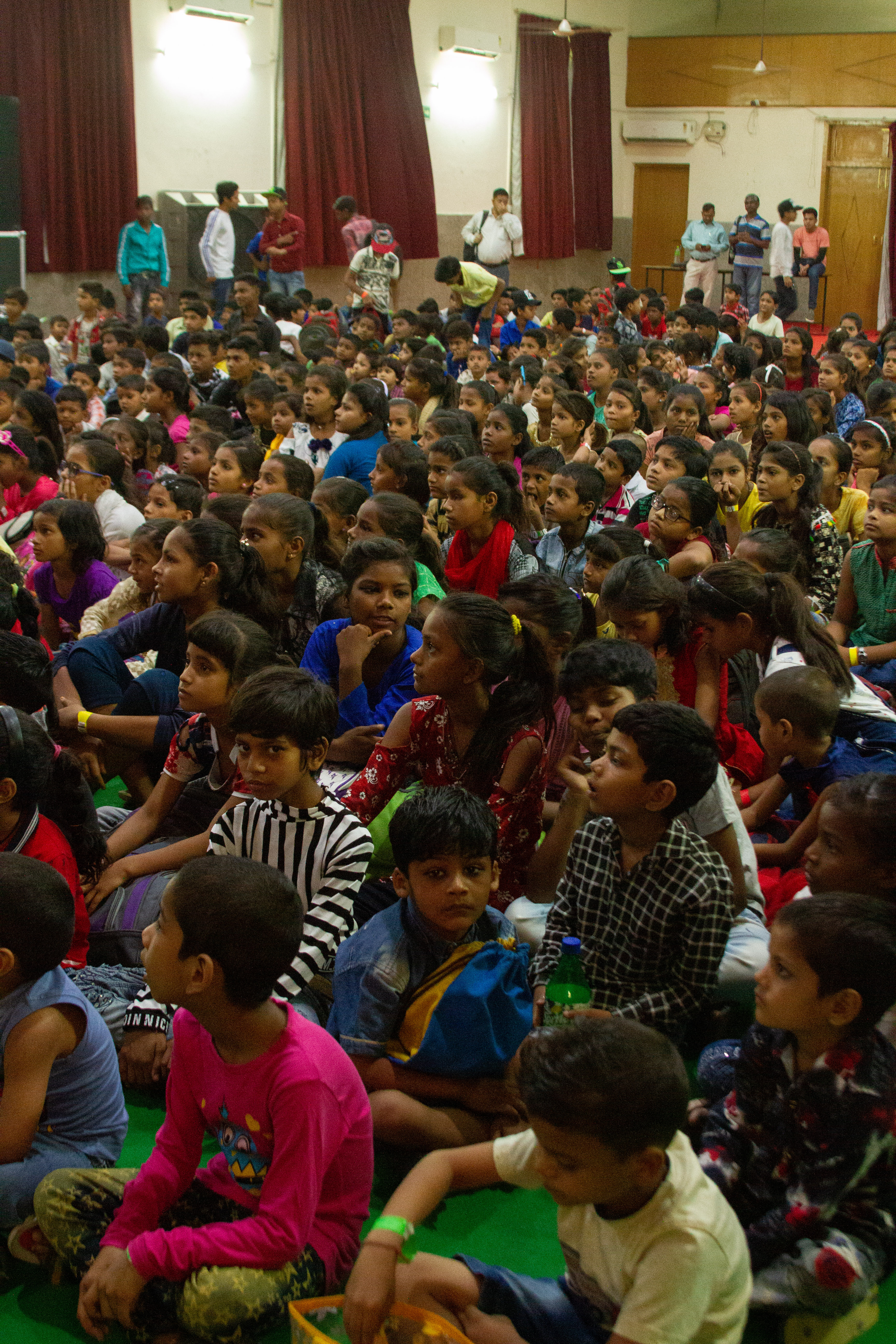 The day began with S- calmly gathering our 30 girls from the nearly one thousand children gathered for VBS... while I stressed about the disorganization of it all. Once in our classroom, though, side by side, my friend and I delved into the VBS theme - Jesus is my Superhero. Together we sang loudly and danced and laughed and got silly with those students; which is how I know that she is a teacher of the best sort. When I announced in front of the class the last day of my visit, she paused before translating for the students. She went back to being solemn for a moment and said, genuinely, “I will miss you.”

Since that trip to India S- and I have continued to send notes to each other, often several times each week. Below is one of her most recent notes. May it inspire you to do more than simply observe…

"I have been teaching here [at Shahbad Children’s Center] since 2008…Drawing, stories games works very well with center childrens. I faced many challenges like most of the family are like in which both parents are working so there nobody at house to send children to center so many times I used to go in field and gather those childrens to center. Many childrens who are at teenager age are quickly attract towards bad things and they immediately divert to that way instead of coming to center so at that time I use to notice them and counsell them and also tell them the right way. It is very very difficult because at this age childrens sometimes don't listen to their parents also. So sometimes I get success in doing this and sometimes not but I keep on trying and trying. And there are many more [challenges]. If you want to know more I will let you know."