The Resurrection: An Academic Analysis

The Resurrection: An Academic Analysis 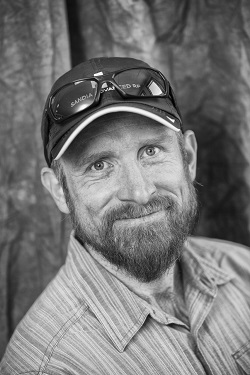 Faithful Christians and equally zealous nonbelievers can agree on the following statement:  If Jesus of Nazareth didn’t rise from the dead, then the entire Christian faith is worthless.  The Apostle Paul agreed when we wrote “if Christ hasn’t been raised then our faith is in vain….  and we of all people, are most to be pitied” (1Cor 15).  The veracity of our faith boils down to a single event that either happened or didn’t – a single event that is open to the tools of historical investigation.  If we can encourage skeptics to overcome their biases and to investigate this event for themselves, many of them will awaken to the plausibility of the historic Christian position.  This alone won’t save anyone – but it illustrates one of the ways that apologetics is an important part of evangelism in the modern (and postmodern) world.

As a graduate student studying Physics in an environment overtly hostile to Christianity, God took me down my own path of discovering the bankruptcy of default skeptical positions assumed in that culture.  Once I realized that theists and non-theists alike believed in “miracles” (what’s a bigger miracle than the Universe coming into existence out of nothing?) it gradually became clearer to me that God existed, and could therefore intervene if, when, and how, He wanted.  Yet, before experimenting with prayer and ultimately placing my faith in the God of the Bible, I had to become convinced of the historical plausibility of the resurrection myself. 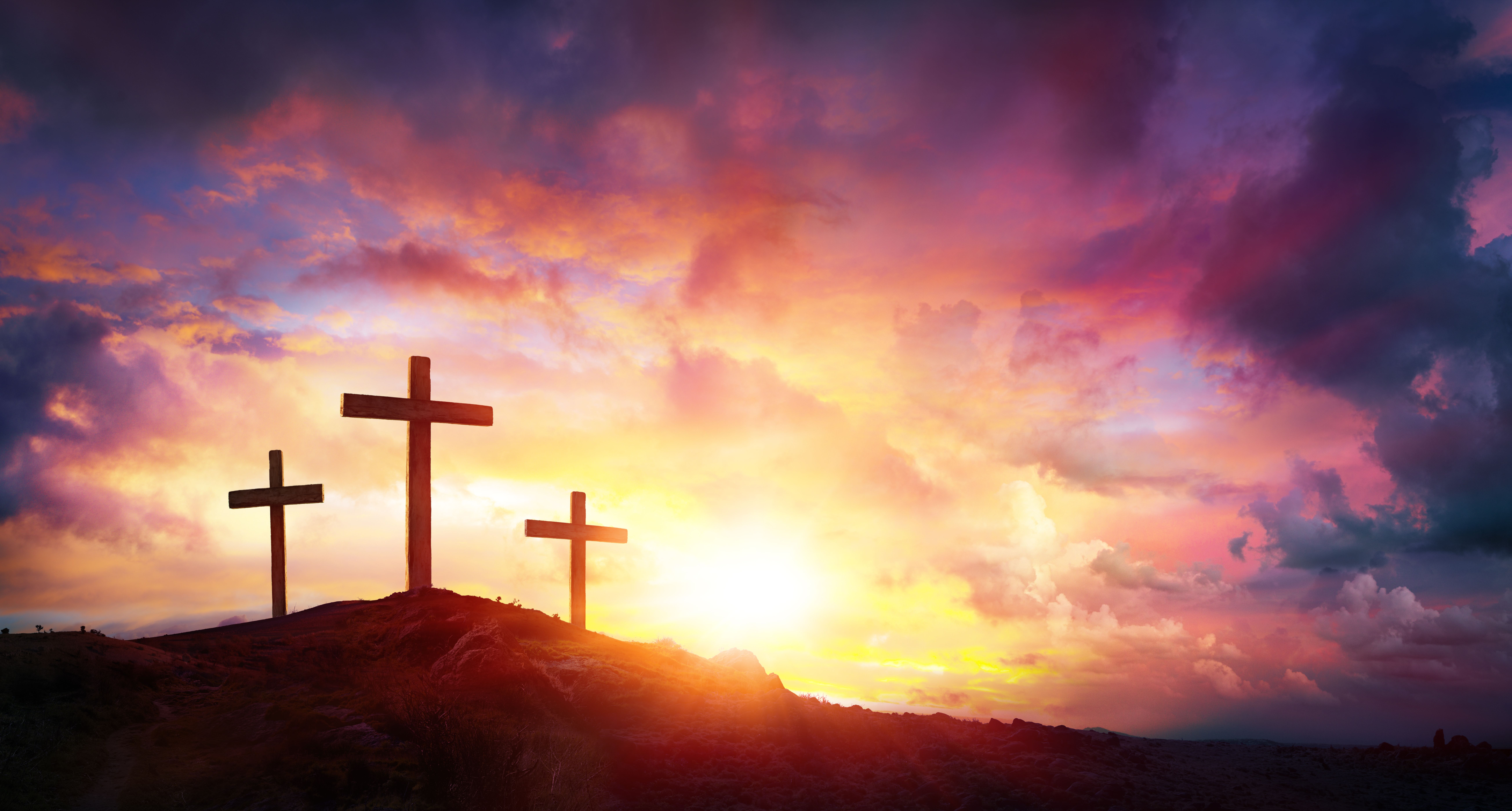 Do you know what I found?  A remarkably high number of even non-Christian professional historians agree on dozens of historical facts that can be arranged into three broad categories:

1) The discovery of Jesus’ empty tomb by a group of his women followers.

2) The postmortem appearances to several individuals and groups.

3) The origin of the disciples’ belief in Jesus’ resurrection.

The task of the historian is then to compare all the competing hypotheses according to certain criteria for the best explanation (see graphic inset below). 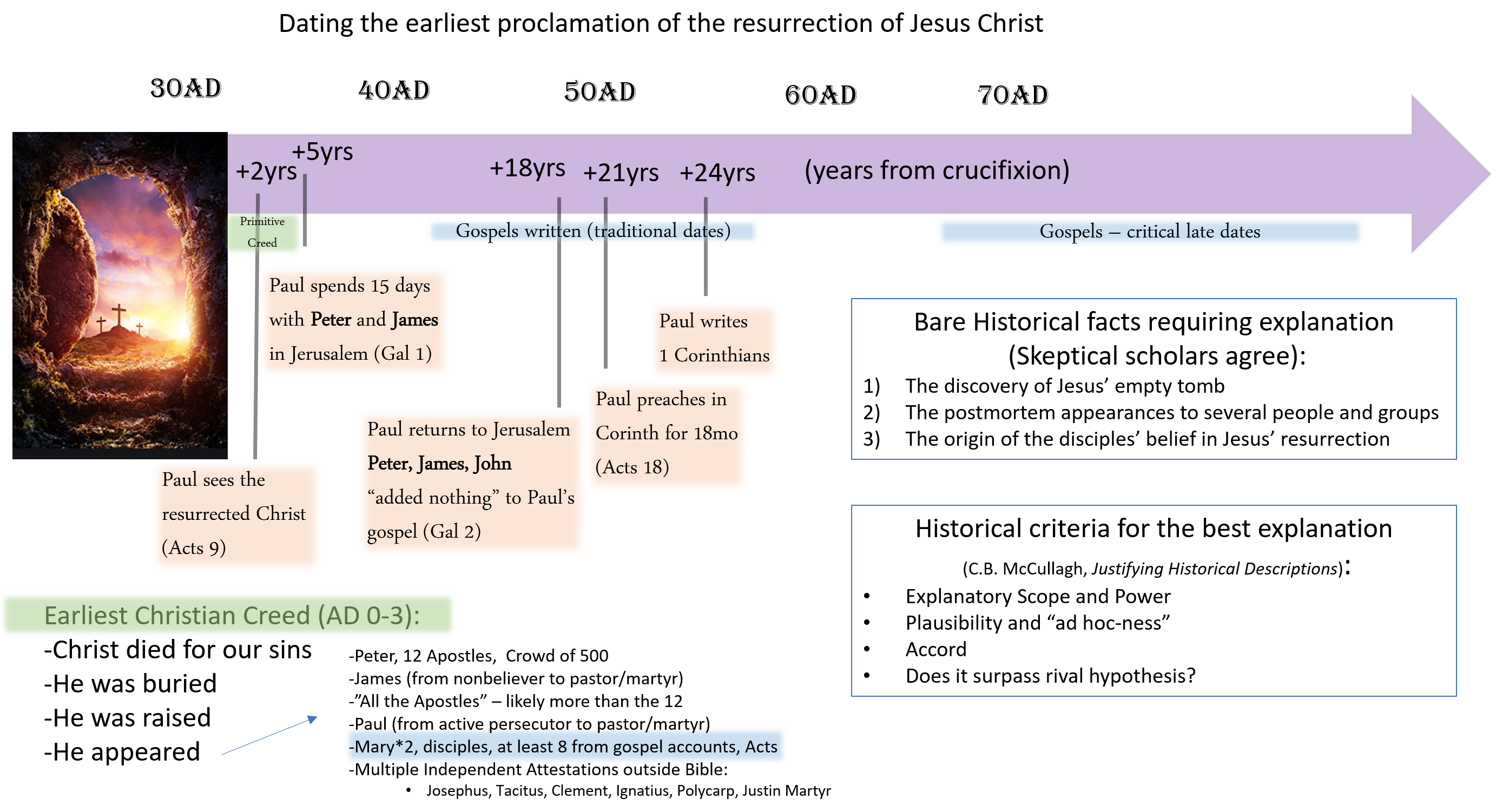 Even the most skeptical non-Christian scholars acknowledge that the earliest Christian hypothesis proclaimed by Jesus’ disciples, skeptics like James, and persecutors like Paul was that “God raised Jesus from the dead”.  This fact can be established using only Paul’s universally accepted letters, one of which contains the most primitive Christian creed proclaiming the resurrection (1 Cor 15:3-5), which is dated to within a couple of years and possibly even months of the crucifixion (see graphic timeline above).  This allows no time for legendary development or corrupted oral tradition assumed by alternative hypotheses.  The resurrection hypothesis benefits from several early and independently attested eyewitness accounts supported by many biblical and extra-biblical sources that overshadow every alternative hypothesis (various “conspiracy theories”, the “apparent death” or “mythological” explanation, the “Hallucination hypothesis”, and combinations of these).

The resurrection hypothesis not only holds its own under rigorous historical analysis – it appears to be the best explanation of the established facts*.   It’s a remarkable fact that alternative hypotheses have less traction today than they did 50 years ago among academic scholars in the relevant fields.   When put into the context of the life and ministry of Jesus of Nazareth, the resurrection hypothesis not only fits the historical data the best, it vindicates Jesus’ claims about Himself, and gives us our only hope.  For God “has fixed a day on which he will judge the world in righteousness by a man whom he has appointed; and of this he has given assurance to all by raising him from the dead” –  Paul at the Aereopagus in Athens (Acts 17:31).