Middle schoolers and social media?  Is social media safe?  Is it useful?  Is it necessary?  These are much different questions than those I asked years ago when my biggest concern was “How much TV time should my toddler have?”

So how do we, as parents navigate social media with our children?  As the mother of three; ages 21, 19, and 12, I can see huge changes in the past 10 years.  When our older two children were in middle school, social media was just beginning and very few middle schoolers had cell phones. Yet, just 10 years later, to hear our 12-year-old tell it, all of her friends have smart phones and they all use Snapchat and Instagram. She probably isn’t too far off the mark.  According to a 2013 Pew study, 78% of teens have a cell phone and almost half of those (47%) were smart phones. As of 2015, it was estimated that of kids age 12-15, 55% are using Instagram, 81% are using YouTube, and 53% are using Snapchat. 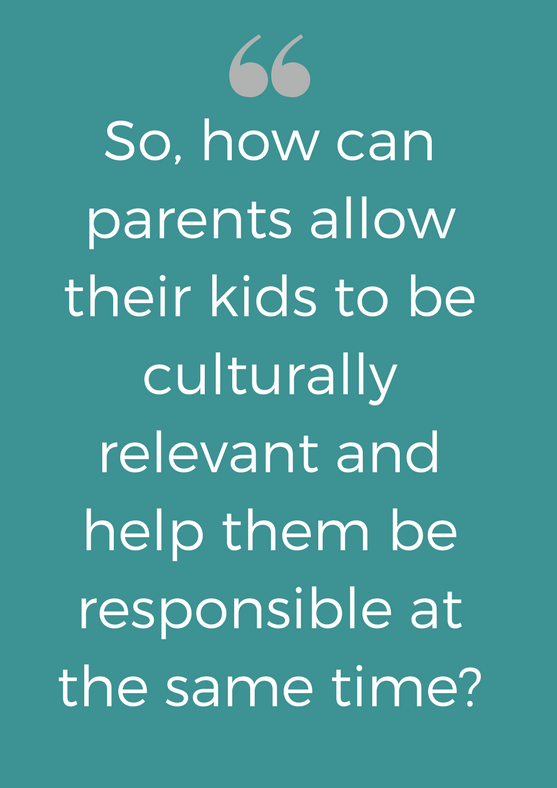 So, how can parents allow their kids to be culturally relevant and help them be responsible at the same time?

Though this particular struggle is new, the solution is not. We need to remind our children of who God says we are as His followers.

In the Bible we are reminded that:

We are created in His image: Genesis 1:27 says:

“But you are a chosen generation, a royal priesthood, a holy nation, His own special people; that you should proclaim the praises of Him who called you out of darkness into His marvelous light.”

We are called to a transparency that lets others see Christ in us:  Colossians 1:27 encourages us:

“To them God willed to make known what are the riches of the glory of this mystery among the Gentiles: which is Christ in you, the hope of glory.”

How do these things get jumbled on social media you might ask? While social media is generally defined as forms of electronic communication through which users create and share information, ideas, personal messages, and other content or engage in social networking communities, this leaves out one important point.  What it doesn’t mention is the idea of creating a curated image of yourself and your life that you believe will be acceptable to your online community. 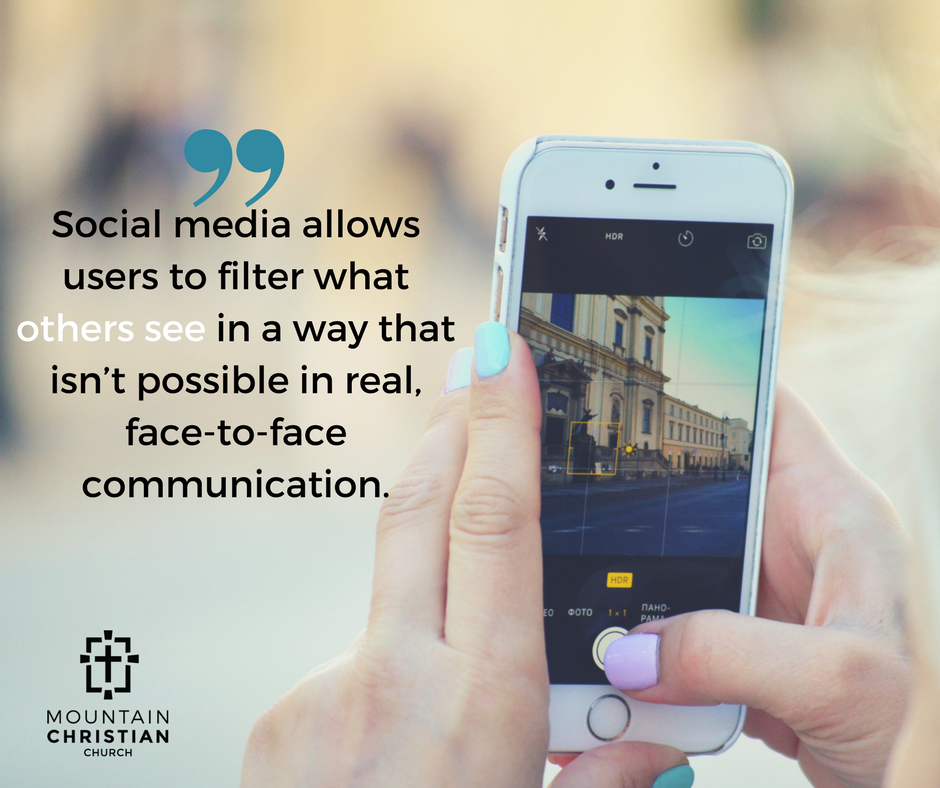 Social media allows users to filter what others see in a way that isn’t possible in real, face-to-face communication.

We can show a filtered, positive image of ourselves that can be deceiving. While some adults understand this phenomenon, I’m not sure that all children do. The prefrontal cortex, the rational part of the human brain with which adults think, isn’t fully developed until around age 25 which means that teens think with their amygdala, the emotional part of their brain. So, teens aren’t thinking so much as feeling. They feel like everyone on Instagram has a perfect life unlike their own…because they know the reality of their life but not the reality of anyone else’s.

Instead of living the transparent life we are called to, it is easy to hide our difficulties and imperfections with filters.

Another aspect to consider is that social media platforms are designed to be addictive. They are engineered to consume as much of users’ time and attention as possible. This addictive quality can sow seeds of dissatisfaction, which in turn often lead to poor mental health.  A report from the Royal Society for Public Health in the UK found that social media use is linked with increased rates of anxiety, depression and poor sleep in young people. 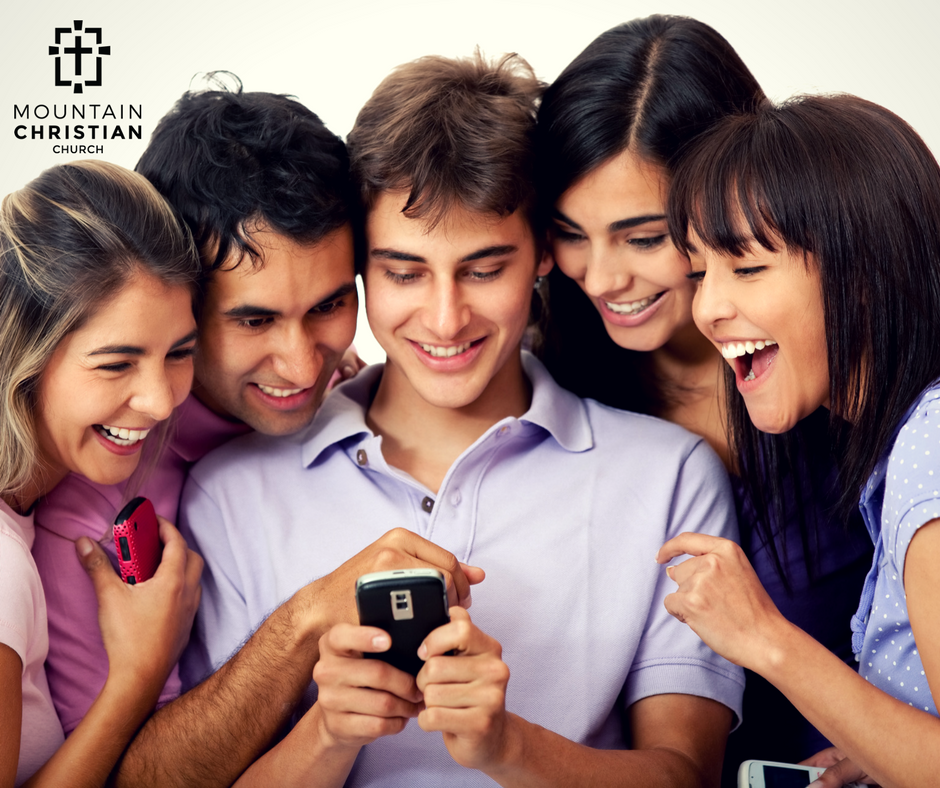 Additionally, findings from a 2017 survey undertaken by the same organization concluded that:

“Social media…(are) being described as more addictive than cigarettes and alcohol. The social media platforms that are supposed to help young people connect with each other may actually be fueling a mental health crisis.”

Considering all of this, if we accept that social media is a reality in our modern life, how can we help our teens use it in a responsible way that reflects God’s glory while protecting them? 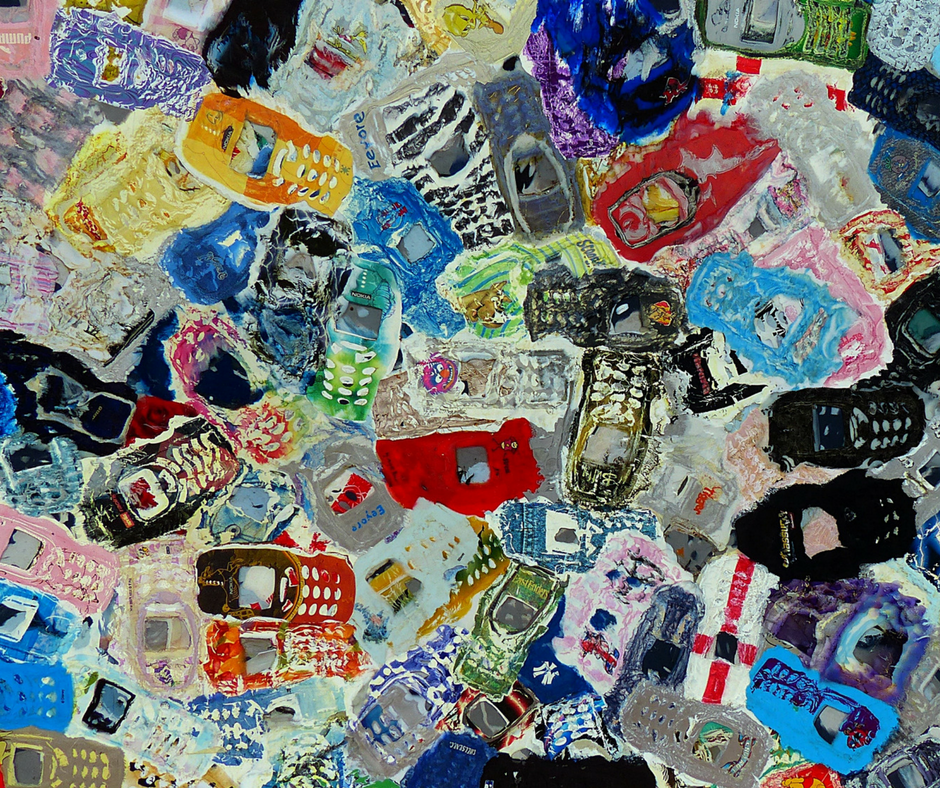 Only you and your child can decide what the best way to navigate these trends are. How does the potential for social networking and relationship building compare with the dangers of becoming addicted to social media and the potential mental or emotion damage that can occur from extended use of these same social media?

For our family, the longer our children can refrain from using them the better, but that answer is different for every family and it is something only you can decide.